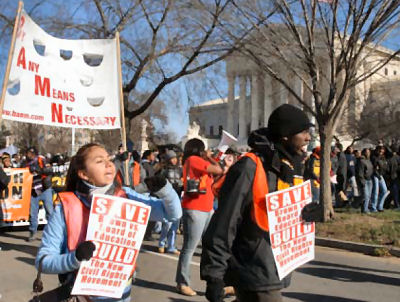 Amanda Powers, a student at Newton North HS, in MA, interviewed Alane for a research project.

Here is the quote:

“I also spoke about Fisher’s case with Dr. Alane Shanks, who wrote her dissertation on the start of affirmative action at Harvard Medical School, and who has devoted her career to promoting diversity on college campuses. Shanks supports race-based affirmative action completely. But even Dr. Shanks—who said, “I think it’s very dangerous to take away affirmative action; it is working and improving access to higher education”—admits to having some qualms about the current system not reaching enough people and there needing to be other efforts besides affirmative action.” written by The Newtonite June 6, 2016