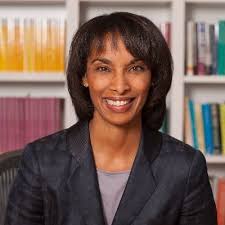 If confirmed, Cecilia Rouse would become the first Black official to head the Council of Economic Advisers, and only the fourth woman

Cecilia Rouse was 4 years old when Martin Luther King Jr. was killed and riots tore through Washington, decimating Black businesses and neighborhoods. In a family photo, a tiny Rouse and her younger sister stand in front of a boarded-up storefront, the plywood painted with the words: “Soul brothers & sisters work here. Don’t put us out of work!”Rouse was too young to know it in 1968, but that message of economic opportunity would become a key feature of her decades-long career as a labor economist. And that message has come into even sharper focus since Rouse was tapped by President-elect Joe Biden to be the first Black official to lead the White House’s internal economic think tank, where she will help steer the economy beyond the most unequal recession in modern U.S. history.

Rouse is “one of the most distinguished economists in the country, an expert on labor economics, race, poverty and education,” Biden said when Rouse was formally nominated last month to lead the Council of Economic Advisers (CEA).